According to the European Battery Directive, 2006/66/EC, there are specific labeling requirements for the indication of capacity rating and battery performance for the various battery types.

Portable primary general puropose battery is non-rechargeable battery that is not designed for a specific application device which is most commonly composed of various chemistries such as alkaline, manganese, zinc carbon, lithium, zinc air, silver oxide, nickel oxihydroxide and lithium iron disulfide. Due to the nature of a general purpose battery, capacity of this type of battery is measured by its "performance" which follows testing methods according to IEC/EN 60086. For best product comparison purposes, it is suggested to select 4 of the most relevant applicable tests that the battery geometry is made for. The performance rating can be represented by the duration of discharge in hours or by the number of pulses, for example number of flashes for a camera.

Portable secondary battery is rechargeable battery that is designed for a specific application device which is most commonly composed of various chemistries such as nickel cadmium, nickel metal hydride, lithium ion, lithium polymer and lead-acid. Secondary batteries is tested according to the IEC/EN 60622, 61951, 61056 and/or 61960 standards to provide a good basis for the rating of a battery's capacity in mAh or Ah.

Automotive battery is lead acid battery that is designed as a power source in automotive vehicles for starting the internal combustion engine. The testing method for automotive batteries is defined by the IEC/EN 60095 standard. The capacity of the battery is indicated by Ah and the ability to start an engine in cold climate, "Cold Cranking Amperes" (CCA).

Li-ion Batteries are used in many different electronics and electrical devices, including mobiles, laptops, tablets, power tools and electric vehicles. Safety and certification testing of li-ion battery addresses the handling and charging conditions of lithium ion batteries, as well as testing cells against extreme temperatures, voltages and currents.

For watch and specialty batteries, there are no harmonized tests suggested. Testing according to existing standards will be most appropriate. For example, watch batteries can be tested according to method A of IEC/EN 60086-3 standard which provides a meaningful data on performance of the battery. 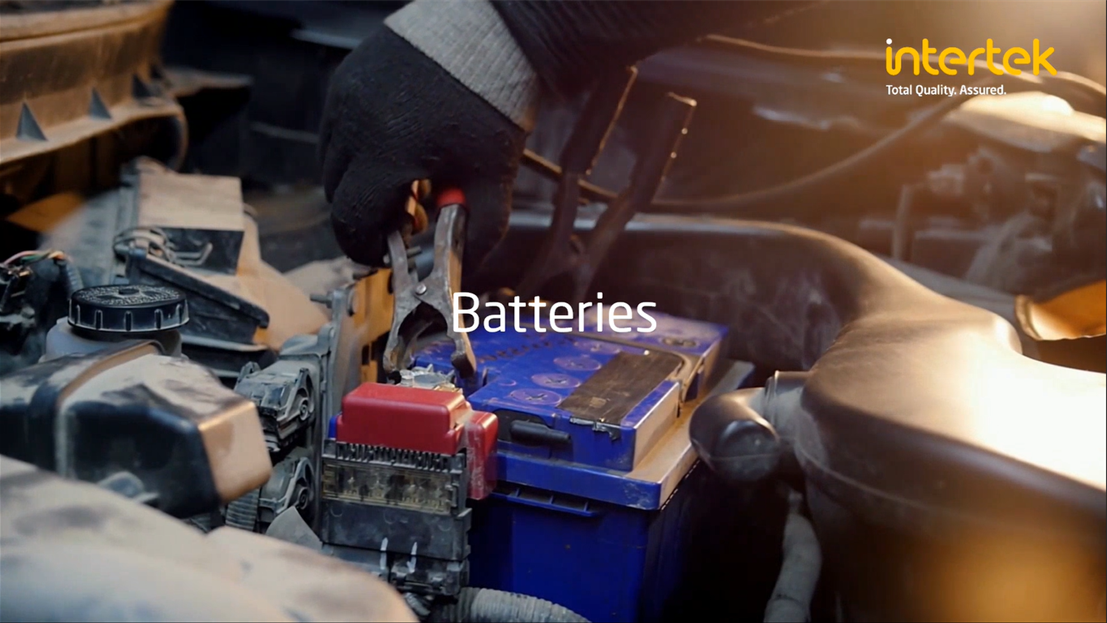