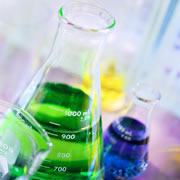 The Ministry of Industry and Information Technology (MIIT) of China published the approved “Measures for Administration on the Restriction of the Use of Hazardous Substances in Electrical Appliances and Electronic Products”. The new measures are implemented on 1 July 2016 and, meanwhile the “Measures for Administration of the Pollution Control of Electronic Information Products” promulgated on 28 February 2006 is repealed.

The regulation expands the scope from electrical information products (EIPs) to electrical and electronic products (EEPs) with rated working electrical voltages of less than 1,500 volts DC and less than 1,000 volts AC. Equipment for the generation, transfer and distribution of electrical energy is excluded.  This definition is similar to that used in the European RoHS. Therefore, EEPs will include products not currently included in the old China RoHS published in March 2006.
New China RoHS restricts the following hazardous substances and, newly, their compounds, in EEPs.  The substances have all been restricted for many years under the EU RoHS Directive:

The New China RoHS legislation will continue to be implemented in two phases.  The first phase applies to all regulated EEPs put on the market which require the self-declare information on the restricted substances, according to standard SJ/T 11364-2014.
In phase two, a new catalogue of EEPs subject to compliance management will be drawn up in the future. Products listed will be subject to mandatory New China RoHS compliance and the China Compulsory Certification (CCC) mark.